Back to the top

Death in a bottle. Officially the hottest salsa I'

Look how cute this thing is.  If you have never tried to brew your own, go for it.  These kits are great and they come with everything you need minus the equipment for like $40.  Anyway, I digress. 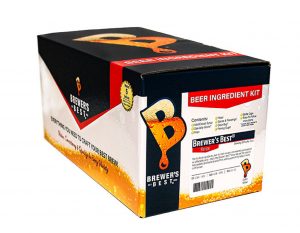 I had my brother-in-law over and he brought a burner, a pot and a few old carboys.  He brewed way back in the day and gave me all of his equipment.  Thanks Tony!  Anyway, we brewed this sucker in a few hours, fermented it, conditioned it… and low and behold it came out pretty damn good.  I was instantly hooked.

I decided to step it up a notch and go to all grain brewing.  I know, petty adventuresome for a new brewer.  I can cook, so I figured, “hey it’s the same thing right?” Lets do it.  I scoured the internet and read everything I could get my eyes on about brewing.  My favorite beer in the universe is from Sierra Blanca Brewing Company, the Peanut Butter Pecan Porter.  Insanely delish beer.  I decided lets do this.  I’m going for it.  Then I found out that their Porter was a lager. Pretty tough for a home brewer with zero equipment and experience.  Skadoosh! Made this… 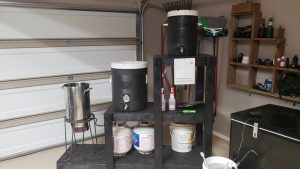 Found an old  freezer.  It was free… Cleaned it, painted it and added a temperature control power adapter thingy.  Made the thee tier system out of some scrap wood from our cabin in New Mexico and I was on my way.  It did the job.  The very first beer I brewed, from my own recipe, is named “Essential Porter”  Super delish.  Only thing I did different was made it an ale.  I’m impatient, what can I say.  Here make it:Essential Porter

You are very welcome.  Just change the measurements if you’re gonna do a smaller batch.  Where was I.

Ah yes.  So after that I was super hooked.  Brewed on this system for a year or so.  I would bring samples to work.  Started creating my own labels.  I studied and became a Cicerone Beer Server, currently working on level 2.  People started asking me for more beer.  I figured, ah its because its free.  Then I started getting texts from people comparing my brews to breweries they’d visit and say that mine was better.  Now I don’t think my beer is better than anyone’s, its just different.  Still, its the thought that counts I guess.

I passed out so many beer my five gallon batches disappeared fast.  I thought, double batch? Bigger system?  Yeah I don’t do anything half-assed kids.  Skadoosh! It is the Blichmann 15 Gallon HERMS Gas system. 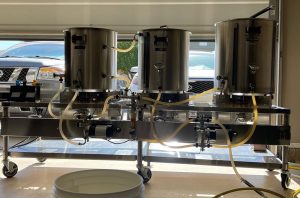 This puppy took my beer to the next level.  Consistency, clarity… the works.  Hundreds of brews on this thing.  Its in my garage.  I swear my neighbors think I make meth. 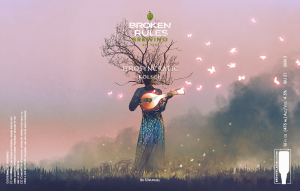 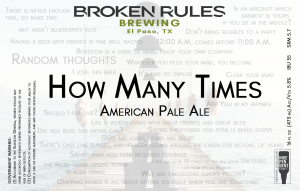 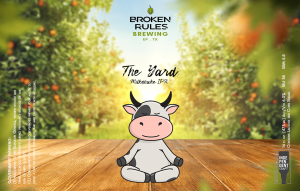 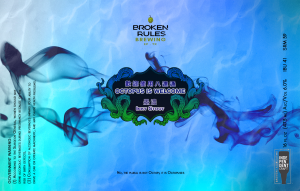 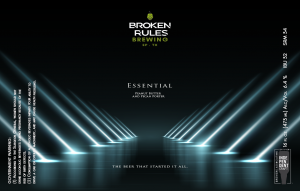 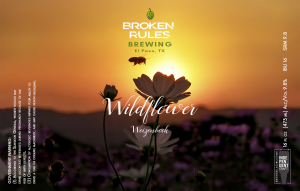 People liked the labels more than the beer I think.  More and more compliments, more and more requests…

Entered the 2022 National Homebrewers Competition.  Came in third.  Ok… I can do this.

Here we are.  The long and short.  Thanks for reading if you actually got this far.  Stay tuned for more of the story… We’ll add to it as it develops.